I have been meaning to get around to this for a long time now! Students ask me all the time where to go to buy art supplies in Berlin. Here are some of my recommendations, all in one spot! If you don't see your favorite shop listed here, leave your recommendations in the comments. Thanks!

This is the largest art supply store in Berlin with the best selection of paints and brushes. Unlike most of our other recommendations, they are big and corporate - but if you want a one stop solution to your painting and drawing needs this is probably your best bet. But don't go there expecting help or advice on what to buy.

2. Planet Modulor
A wonderland of design and architecture paraphernalia! Definitely worth a visit, but not the best place for fine art supplies. Their selection of paints, brushes, etc... is limited and expensive. But if you are looking for a notebook, and excellently designed paperclip, a model making material you never new existed, or need to get something laser cut, go here.


3. Peter's Art
Located in Wedding and specializing in painting supplies. Their website is quite good and if you know what you want, they will deliver orders over 99 euro. They also make custom size canvases. Used by many professional artists in the city.

This is a cute little shop specializing in drawing and painting supplies. They are usually happy to advise you on what to buy and prices are reasonable. The Planufer store is generally more for drawing and Dieffenbachstr. is more for painting. But it's just a short walk between the two locations if you need to visit both.

5. Malstoff
As recommended by Keir, former participant of nearly every workshop available at the Berlin Drawing Room. And he got all of his supplies here!
"Super friendly shop with really fantastic stock, particularly good for the pro end and really good quality stuff." - Keir Edmonds

As recommended by Kate Perets, another regular at the Berlin Drawing Room! Fine art and craft supplies. 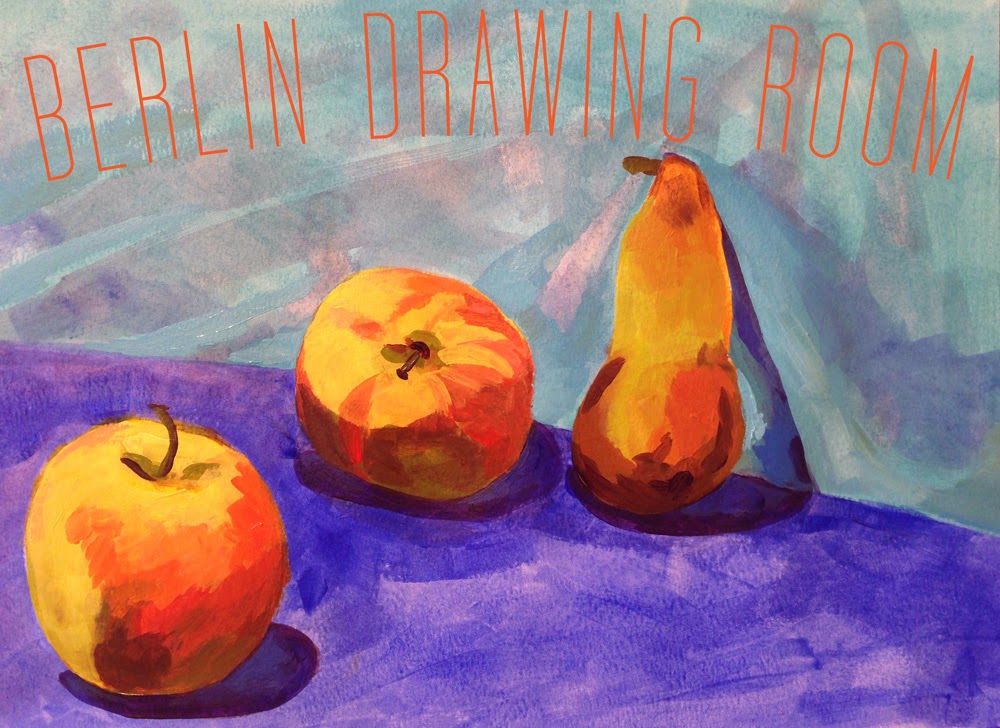 Mixed Media class: scroll down to the bottom of the page to get tips for your upcoming assemblage assignment!
The assemblage is a truly modern phenomenon. The technique of assemblage is the incorporation of everyday objects and surfaces into a composition, either 2-dimensional or 3-dimensional. The intention is to bring elements of everyday life directly into an artwork.

Assemblage started with Synthetic Cubism, a movement that further flattened the space of Cubist painting by introducing recognizable collage elements. Fragments of newspaper, product labels, wallpaper, etc... were used not only as a formal element of texture and color, but also as familiar objects - undisguised.

The absurdity that could result from decontextualizing everyday objects within an artwork was enthusiastically explored by Dada and Surrealist artists. They saw a world that no longer made sense, at least not in the old way. Industrialization meant that machines were replacing humans and WWI sent home soldiers that were literally pieced back together.

American artist Robert Rauschenberg continued the technique of assemblage in the 1960's. He referred to these hybrid painting-objects as Combines. Like Schwitters, he developed his own visual language through the combination of everyday found objects and painting. The compositions often have the feeling of being psychologically charged. Although very influenced by Dadaism, one difference that I see with Rauschenberg is that while the Dada artists were more concerned with deconstructing meaning, Rauschenberg seems to be building meaning. His Combines are like sentences that cannot be quite deciphered, but lead one to imagine to that with the right key they could be.

** For the Mixed Media class this Sunday, please bring a collection of found surfaces that can be used for an assemblage. Look for surfaces with interesting textures, for example a weathered piece of wood, a rusted piece of metal, or a torn poster. Choose objects and surfaces that reflect your everyday life! Maybe something you find in the recycling bin of your work, a label from an oft used product, objects found on your daily commute. Look out for materials when you are walking on the street, this is probably the best way to find stuff!

Last weekend we explored some of the offerings in the contemporary art galleries of Berlin. Believe it or not, but sometimes it can be tricky to find good painting shows in Berlin. But we did manage to visit three very different and interesting painting exhibitions. Combined with the sunny weather, strolling through Mitte, this made for a great Painting Workshop field trip!

The next stop was Reena Spaulings Later Seascapes at Galerie Neu. We were confronted with an at first glance cryptic press release, which we eventually realized we could take in the most literal sense. The paintings were physically painted by an iRobot Scooba 450, a robotic vacuum cleaner, and they claimed to reference seascapes by JMW Turner. "Spaulings channels the senile-visionary late later Turner in the robot's drone-like way of attacking the canvas like any vacuum floor," states the press release. Some of us were quite entertained by irreverent personality of the show, while others found it to be overly smug and ironic. But definitely thought provoking! The last stop was at Neugerriemschneider to see the work of painter, poet, musician Billy Childish. Here we saw beautiful and nostalgic oil paintings on linen, contemplating man's relationship with nature and family, and his place the world. The paintings also contained many art historical references and influences, including Van Gogh, Edvard Munch, and contemporary painter Peter Doig, among others.